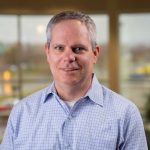 Deputy Director and Sr. Director of Entrepreneurship, PIVOT (Partners for Innovation, Ventures, Outreach, and Technology) Center, University of Utah\r\nFor nearly three decades, Paul has led entrepreneurial initiatives in the United States, Europe, Latin America, the Middle East and Asia. His focus on entrepreneurship cuts across the public and private sectors, as well as NGOs and higher education. Paul has held leadership roles in three startup companies, developed and implemented public policy at the federal level for the Secretary of Commerce, NASA, and the White House, and spurred technology commercialization, access to capital, and business formation in higher education. At PIVOT, Paul has facilitated the launch of dozens of companies aided by three technology accelerators, a business incubator, and a highly successful in-Residence program. Previously, as the founding Chief of Staff, Paul oversaw efforts to launch and build the Office of Innovation & Entrepreneurship for the President of the University of California System. Paul was also the founding Executive Director of Innovation Fund America, a national family of pre-seed startup investment funds housed within community colleges that has invested over $13M in more than 200 companies. At the U.S. Department of Commerce (DOC), Paul served as Deputy and Acting Director and launched and managed the Office of Innovation and Entrepreneurship. Also while at DOC, he managed the National Advisory Council on Innovation and Entrepreneurship; helped design, launch, and manage a congressionally-authorized national grant program that has subsequently award over $100M for technology-based economic development; and co-managed and co-hosted President Obama’s Global Summit on Entrepreneurship.

PIVOT CENTER AT THE UNIVERSITY OF UTAH. Employing a Relationship-Based Strategy to Manage Innovation